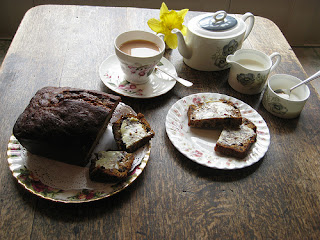 Brown bread and butter have been the backbone of afternoon tea ever since the custom of taking tea in the afternoon began.  We think bread and butter commonplace but back then—in the late 18th century—it was a pretty big deal.  Molasses had to be brought by ship from the West Indies and, although it might be purchased from the village brewer or cultured in various ways, yeast for bread baking was not easy to come by either.   Even ovens to bake the bread in were few and far between.  Great houses had ovens in order to provide for their large households, but for common folk there might be only one available oven in the whole area: that of the village baker.
Even as commonplace as brown bread and butter are now, they have a place at almost every afternoon tea either on their own, or as a component of tea sandwiches.
If you aren’t an afternoon tea kind of person, it’s still worthwhile to learn to bake a good brown bread if for no other reason than to make toast in the morning.  While it’s in the toaster, your brown bread will scent the room with a heavenly aroma that’s bound to get your day off to a good start.
There are lots of great brown bread recipes out there.  Nothing I’m offering here is new, but this is an easy recipe—good for beginning bakers—and it has good flavour.
Here's how I make brown bread: 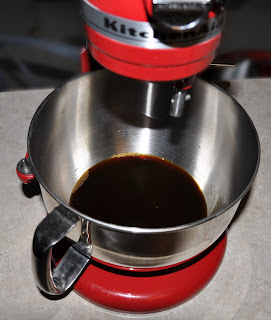 Pour 2-1/4 c. lukewarm water into the bowl of your mixer (or if you are not using a mixer, into a large, wide mixing bowl).  Add 2 Tbsp. molasses and mix the two together until the molasses has dissolved completely. 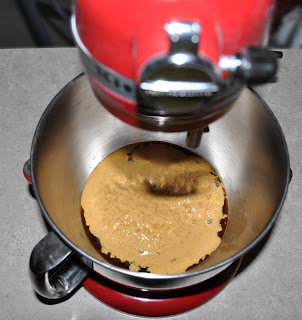 Sprinkle 4-1/2 tsp. active dry yeast over the top of the water.  Don’t just dump the whole measure in. It will clump, and not dissolve properly.  Let the yeast work for 10 minutes or so, until it has risen back to the surface of the water and begun to expand. 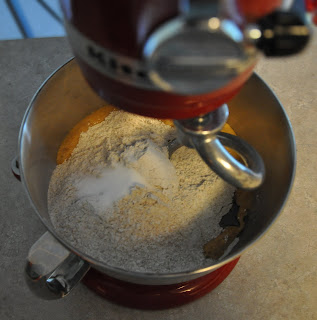 Once the yeast has begun to work add 1/2 c. canola oil (or other light tasting vegetable oil), 3 c. white flour, 3-1/2 c. whole wheat flour, and 2 tsp. salt.  Add the salt last, being sure to place it on top of the flour.  Salt kills yeast and the flour will help to insulate the yeast from the salt while you are mixing the dough. 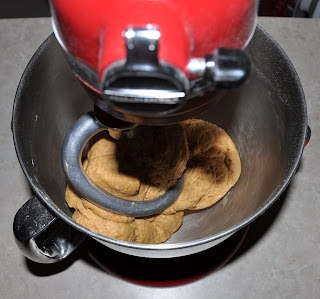 Using the dough hook on your mixer, mix the dough at a fairly low speed until it has formed a solid mass and pulls away from the sides of the bowl—about 5 minutes. 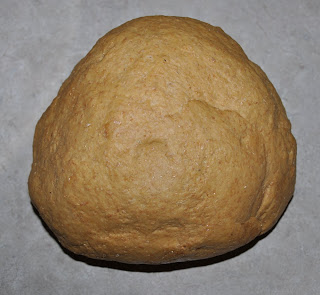 If you are mixing the dough by hand, use a wooden spoon to stir it until the ingredients are combined and then finish working it with your hands.  I don’t like to add extra flour to this dough so I don’t turn it out on the board to knead it.  Knead the dough in the bowl until it has formed an elastic-feeling ball that springs back when you poke it lightly with your finger (about 10 minutes). 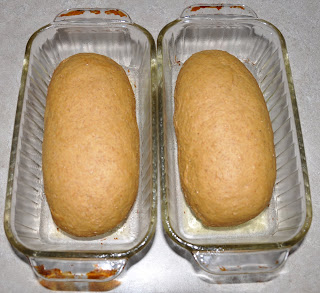 Form the dough into two loaves of approximately equal size and place them in loaf pans that have been buttered or sprayed with non-stick cooking spray.  Let the loaves rise until they look like bread loaves should (about 2-1/2 times their original size).
Place the loaves in a pre-heated 375 degree oven for 40 – 45 minutes.  Rotate them about half way through their cooking time.  If at any time you find the tops are getting too brown, cover the loaves with foil. 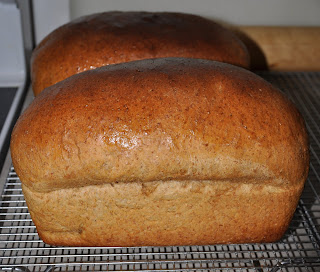 Turn the loaves out of their pans and test them for doneness by tapping lightly on the bottom of each loaf.  They should sound hollow.
It’s purely optional, but I brush the tops of the loaves with melted butter as soon as I’ve turned them out of their pans.  Doing so helps ensure a tender crust, that won’t shatter when you slice it.
Let the loaves cool completely before slicing them.
Posted by Aunt B at 20:58