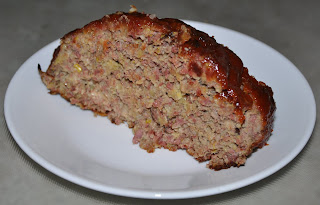 Some time ago I bought a quantity of pastrami, planning to use it for one of my lunches.  When I got it home I discovered that although it tasted quite good, it was tough and a little dry; not up to my lunch service standards.  I’m way too frugal to throw meat out so I stuck it in my freezer with a mental pledge to find some way to use it later on.
Today was “later on.”  I'm not working right now so I have some extra time to experiment in the kitchen.  (My husband calls these ventures into the unknown my “mad scientist experiments,” hence the name of the dish.)  I decided to find a way to incorporate the pastrami into a meatloaf.
To start, I ground the pastrami (about 400 grams) finely in my food processor. 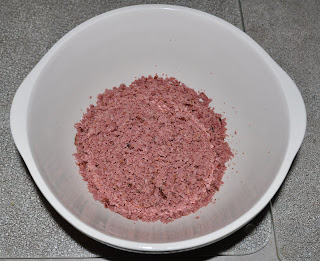 Next, I added some foccaccia crumbs. 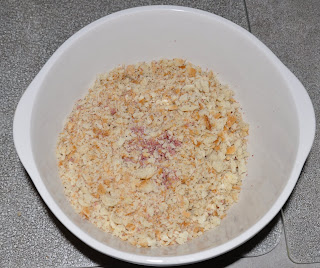 I added two eggs and a pound of lean ground beef. 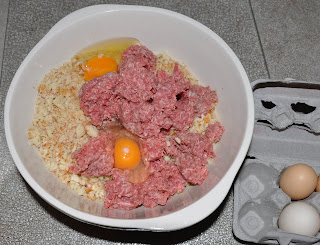 Then I used my food processor to finely grind a red onion, some celery, and some bread and butter pickles.  I added the ground vegetables to the bowl together with some Worcestershire sauce, a generous amount of salt and pepper, and a little allspice. 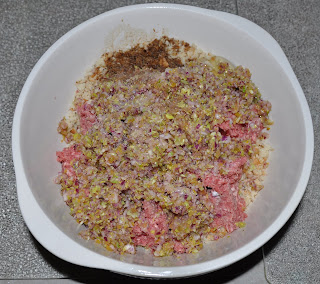 When I mixed the ingredients together, I found that the mixture was too dry so I added about ½ cup of buttermilk and another egg.  I formed the resulting mixture into a loaf and put it in a preheated 350 degree oven. 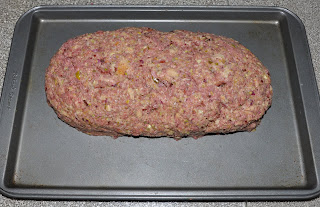 While the meatloaf was baking, I made a glaze.  I combined 6 Tbsp. ketchup, 5 tsp. dry mustard, and ¼ c. of brown sugar.  I mixed it until it was smooth and then tasted it.  It tasted too mustard-y to me, and not quite deep enough, so I added another 2 Tbsp. of ketchup and 2 Tbsp. molasses. 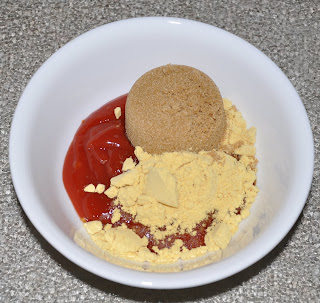 When the meatloaf had cooked for 30 minutes, I took it out of the oven and covered it liberally with the glaze.  I put it back in to bake for another 30 minutes and then let it rest for 10 minutes before serving it.  It was yummy. 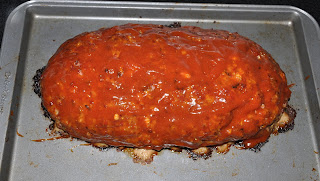 If I had to change anything at all in this recipe, it would be to add a little more fat.  Maybe some ground bacon?
This recipe made enough meatloaf for four meals for the two of us.  I divided the leftovers and froze them in three packages.
I think that when I thaw the leftover meatloaf, I’ll slice it and then cook the slices on a griddle so they develop a bit of a crust.  I’ll put the griddled slices into toasted buns—maybe molasses, wild rice, and cranberry brown bread—with some red cabbage coleslaw.  That’s something to look forward to!
Posted by Aunt B at 20:53