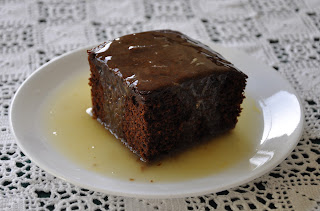 Sometimes the most commonplace foods can have the most interesting histories.  Learning about them is like discovering hidden treasure in your kitchen.  Gingerbread’s like that.  At Christmas time, it’s as common as elves and carols but most of us don’t think much about how it came to be a part of our celebration.

Gingerbread has been around, in one form or another, for longer than Christmas itself.  There are records of its use in Greece, for ceremonial purposes, as early as 2000 BC.  Accounts vary as to how it made its way to Europe but food historians note that, in the 11th century, ginger, almonds, and raisins were among many foodstuffs brought back to Europe by the Crusaders.
Originally, the term gingerbread (from Latin zingiber via Old French gingebras) referred to preserved ginger. It then referred to a confection made with honey and spices.[1] Eventually, breadcrumbs were added to the confection to make a sort of biscuit, and then—later still—flour, eggs, other spices and leaveners yielded cookies and cakes.
By the 13th century, gingerbread was made throughout Europe, in a variety of forms.  Many countries, most notably Germany and the Scandinavian states, made crisp, biscuit-like confections.  Others countries, including England and Poland, evolved a dense, moist cake much like those prepared in the Middle East.
There are probably many reasons why gingerbread is associated with Christmas celebrations but the explanation I encountered most often in my research is this:
In the 11th century, ovens were not commonplace.  It was not unusual for monasteries to own the only oven for miles around.  The first recorded instances of gingerbread baking in Europe took place in monasteries and, as an act of charity honouring the gifts of the wise men, monks distributed food to the poor on St. Stephen’s Day (December 26).
Ginger and other spices were precious commodities, most originating far from Europe and imported by means of long, arduous journeys that put tradesmen at great risk.  Because of their high monetary value, and because many spices originated in the east—in the same part of the world as frankincense and myrrh—a gift containing spices could be made analogous to the gifts the wise men brought to Bethlehem.
Most of the population at that time was illiterate.  Religious teachings were shared verbally, through demonstration, and through art.  In giving gingerbread on St. Stephen’s Day, the monks were not only ministering to the poor, but giving them a tangible reminder of the nativity story.
No wonder gingerbread is such an intrinsic part of our holiday celebrations!  We may no longer recognize it as a theological teaching tool, but the tradition of baking and sharing gingerbread as means of remembering Christmas has been with us for almost a thousand years.
In all the Christmas baking that my mom did when I was little, I don’t recall a single gingerbread man or gingerbread cookie.  At our house, gingerbread was a cake; dark with molasses and served with hot applesauce.  Thanks to the research I did for this blog, I now understand that our gingerbread cake arose from our family's British heritage.
As a kid, I wasn’t really a big fan of my mom’s gingerbread.  It was not particularly sweet and the molasses gave it a slightly bitter edge.  As a grown-up, I’ve come to love gingerbread's deep flavour, and to appreciate how simple it is to make.  I serve it warm, with lemon sauce, not just at Christmas-time but throughout the cold winter months.  It’s a welcome guest at our table: flavourful, fragrant, affordable, and comforting.
To make gingerbread cake you’ll need: 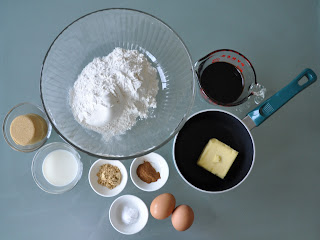 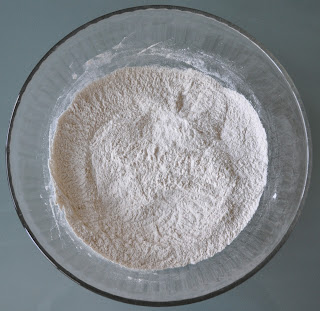 Grease a 9-inch square pan, line the bottom of the pan with parchment paper and grease the paper too. 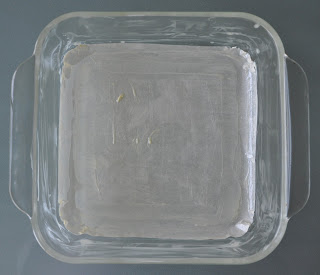 Melt the butter in a pan with the sugar and molasses.  Add the milk and then mix in the eggs, one at a time. 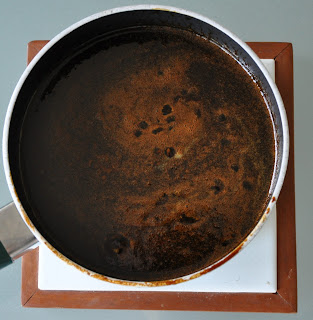 Add the butter and molasses mixture to the flour mixture.  Stir until all of the flour is moistened and the ingredients well combined, but try not to over-mix the batter. 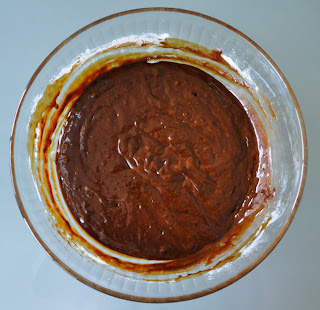 Turn the batter out into the prepared pan and bake it in the center of a 325˚F oven for about 1-1/4 hours.  You'll know it's done when a toothpick inserted in the center of the cake comes out clean. 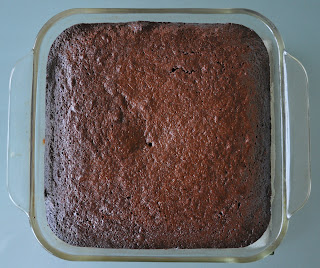 Let the cake stand for five minutes, then cut into squares and serve it with hot lemon sauce. 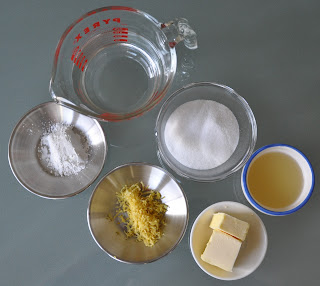 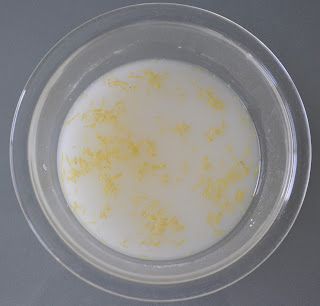 Cook, stirring constantly, until the sauce boils and thickens.  It’ll become translucent.  Remove it from the heat, stir in the butter and lemon juice.  Serve it immediately. 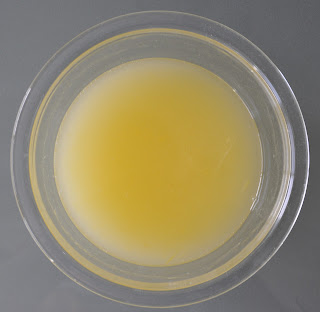